I can’t think of a single organisation that would say no to a $20,000 gift of untagged funds, yet so few organisations have a plan for attracting those kinds of donations. Is it any wonder that the gifts don’t come?

If you want to create a family of major donors for your organisation, you need to be intentional in your efforts. It’s not enough to simply ‘do good things’ and hope someone will notice; you need to give people a reason to get involved and then you need to invite them to do so. In developing a plan to attract some major donations, make sure you keep the following things in mind.

1. What someone owns is different to what someone earns.
The best prospects for major donations are not necessarily the people with the biggest and best toys – it’s all about cash flow. They need to be able to easily access the funds, and if their wealth is all tied up in assets, that might not be simple to do.

As a general rule major donors tend to be people who are still earning, either through business interests or other investments. In making the ask you need to consider how long it would take them to recoup their donation.

2. People look after those close to them first.
Most major donors are at an age where they have already taken care of the wants and needs of their own family. Somewhere between mid-40s and mid-60s, when the house is bought, the education costs are finished and the weddings are paid for. In identifying potential donors you need to consider the whole picture.

3. Major donors are careful investors.
People don’t part with substantial amounts of money without careful consideration about where it’s going and what it’s going to achieve. There are thousands of organisations they could give their money to; they want to know why they should give it to you. What makes your organisation a good investment? What are your outcomes – not your outputs? You need to be able to demonstrate genuine transformational impact for their money.

4. People respond to crisis.
There are lots of ways to tell the story of your organisation and the work you do, but when it comes to soliciting major gifts, people respond best to crisis. Major donors want to know not only why you want the gift, but why you want it right now.

5. There is no one-person-fits-all approach.
It makes sense to have one person who oversees your major donor fundraising, but that doesn’t mean that one person should be doing all the asking. People are more likely to become major donors if they are asked by people they know, like, trust and respect. That’s not the same person for everyone.

If it’s not possible to have a person of influence with you at the meeting, see if you can use their influence in other ways. Ask if they will contact the potential donor first and let them know that you will be getting in touch. When you do meet with the donor prospect, make sure you mention that the influencer is keen to hear what comes out of the meeting. That’s inferred influence at its best.

6. Before you ask for money, ask for an opinion.
When you’re approaching a donor for a major gift, your first step is to find out exactly what they know about your organisation, and whether or not they even like what you do. Having money to give is one thing, but being interested in your cause is a whole other issue.

Before you ask a potential donor for money, take some time to get to know them. Have they shown previous interest in your organisation and if so, what do they think about the specific project or campaign you are working on? Do they think it’s a good idea for you organisation to be following this route? Do they think it is worth fundraising for?

These questions don’t all have to be answered in one go, but if they say yes to these you’re in a good position to ask for a gift. They’ve already agreed that the cause or project is worthy of support – it will be pretty hard for them to say no now.

In the first instance, that means treating the donor as an important individual and not just a cheque book. You need to take the time to genuinely get to know them and understand why they have chosen to get involved in your organisation. What makes them tick? How do they like to be acknowledged? What would truly make them feel appreciated?

As a general rule, the bigger the donation – the more engagement is required. Count the number of zero’s on the gift; that’s how many times you need to interact with the donor between asks.

Attracting major gifts doesn’t happen by accident and it doesn’t happen overnight. As an organisation you need to be committed to building relationships with the right people and actively demonstrating good governance of funds. Major donors want to invest in organisations that are making dramatic and lasting impacts in their communities – are you one of them?

If you think this article would be useful for your members, you are welcome to use it on your website or in your newsletter. We just ask that you let us know where it is being used, and that you acknowledge our website at the bottom of the article. If you are using the article online, please include a link to our homepage. 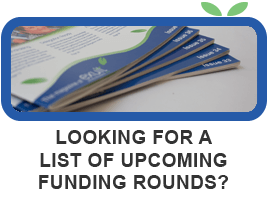